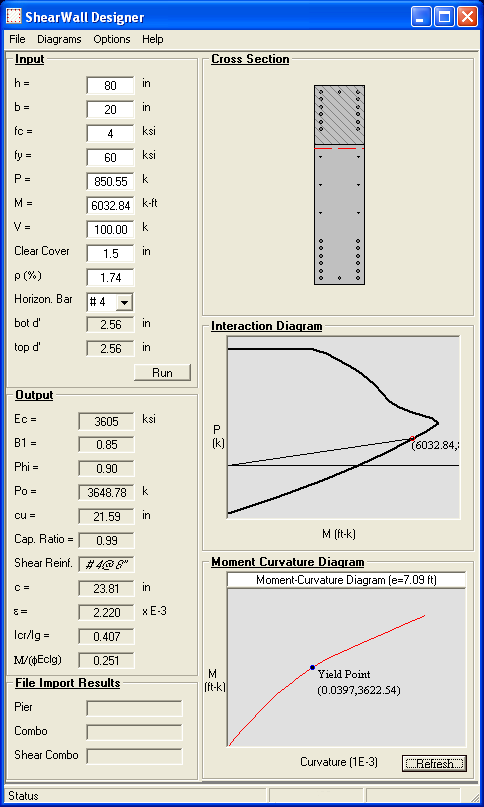 
The effective flexural stiffness of shear walls in high-rise concrete buildings has been an argument among structural engineers for years, specially, when it's discussed in terms of its influence on the P-δ (second order) analysis for concrete buildings.
For that purpose, ShearWall Designer was developed by Mr. Anas Bataineh, P.E. to study the various variables that affect the effective flexural stiffness of concrete shear walls.
ShearWall Designer is a computer program that designs the flexural and shear reinforcements of concrete shear walls (piers) according to American Concrete Institute standards (ACI 1999 and ACI 2002).
ShearWall Designer analyzes the shear wall concrete section using ACI-Whitney rectangle, simple parabola and Popovics stress-strain relationships. The outputs of the program are:

We assure you the best customer satisfaction and staff hospitality. Please don't hesitate to contact us if you are interested in our services or for any inquiries about ALTEK Engineering.